Herniated cervical disc, more commonly called, “Ruptured Disc” is a condition when one of the vertebrae in the neck, called a cervical disc becomes damaged or ruptured, causing pain in the neck or between the shoulders.

This week, we start an examination into cervical disc herniation, which compresses nerves of the neck, causing pain and other symptoms.

Stages of a Herniated Cervical Disc: There are four recognized stages of cervical disc herniation. These include: 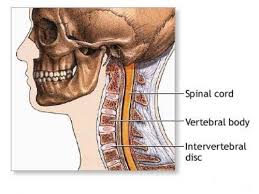 Symptoms for cervical disc herniation can vary somewhat from person to person; however, there are certain common symptoms that are typical for all patients. These include:

Next time, we will explore the risk factors for Cervical Herniated Disc and non-surgical treatments.

If you are experiencing neck pain, don’t wait for your family physician; visit Excel Rehabilitation Services on Burnside Ave. in Gonzales, Louisiana. You will receive one-on-one care from an experienced physical therapist!

Injuries & Conditions
Sports Activities
Lifestyle Activities
Work Activities
Injury Care
Pain Care
Newsletter Sign-up
Sign Up for Newsletter
Close x
Sending...
Thank you for signing up.
You have been added to our newsletter list.
Make an Appointment
Request an Appointment
Close x
Sending...
Your message was successfully sent. Thank you for your time.
Check out Excel Rehabilitation Services on Yelp